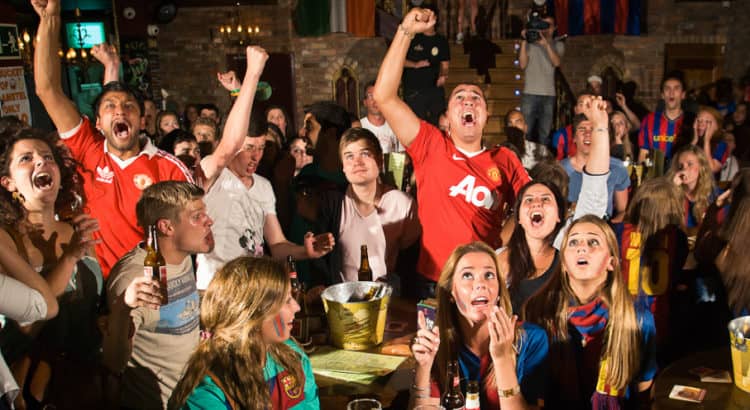 We as tailgaters are naturally social people. If we didn’t like crowds or other people that share the same devotion as we do, we would avoid a tailgating parking lot like the plague. Adding to the natural social appeal of tailgating is the spirit and passion of sports. Gathering and cheering for the same team can make strangers into lifelong friends.

Back in 2016, we told you about Team Bar Finder. A website (and now iOS mobile app) that helps out of town sports fans find a bar or restaurant showing their teams’ games surrounded by other like-minded fans. Now the creators of Team Bar Finder have created Football Pubs.

As a tailgater you may think this is a resource to help you find only bars to watch an American football game. Although in America we love our gridiron football, the pitch and the beautiful game is loved the world over. FutbolPubs.com helps footy fans locate a pub or tavern that is friendly to those that love what we in America call soccer.

That’s why the creators of Team Bar Finder opened the website (and soon to be mobile app) to help soccer fans find that elusive footy tavern. But why not just start adding football clubs to the Team Bar Finder website and mobile app? Wouldn’t that accomplish the same thing?

Soccer fans the world over love their favorite team but also are fans of the beautiful game. Football fans love to watch a match no matter if their football club is playing or not. Many football fans will watch a game and prefer to be surrounded by other footy fans.

FC Pubs are different than team bars in that they appeal to the soccer loving populace. And since the majority of the football clubs many football supporters follow play their matches in Europe, the time zone differences can play havoc on soccer fans. The major criteria to have a pub, tavern or bar listed on FutbolPubs.com are as follows:

If you know of any FC Pubs that show matches regularly, open early or host a particular football club’s supporters regularly, please submit the information via the Futbol Pubs location submision page.