On a weekend when the Chargers were on the road and there is no local college football team, we decided to head out and hit up a few local bars and do a little football “BarGating”. Here is our video we shot. 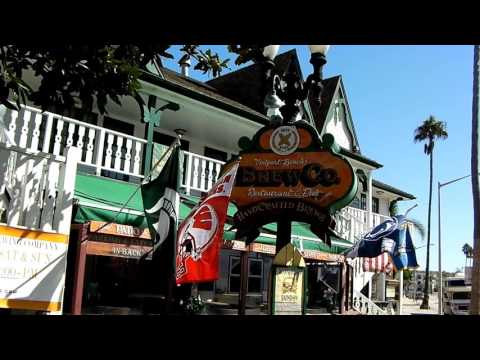 Hey, this is Dave from TailgatingIdeas.com. Normally we would be out tailgating but today we are BarGating, thanks to a website we found called http://www.teambarfinder.com/

We took a Saturday in September and traveled around Orange County checking out team bars that are favorable to fans that are still loyal to their team, even if they no longer live near their favorite team’s city.

In search of transplanted college football fans we first stopped in at Hooters in Costa Mesa where the SoCal Gator Club gathers to watch University of Florida games.

We then scooted down to Newport Beach where there is a heavy concentration of team bars including Malarkey’s – home of Notre Dame fans,

And we also had a chance to stop in at Avila’s El Ranchito home to displaced Colorado Buffaloes fans.

We then rounded out our college football team bar tour at JT Schmidt’s in Tustin where Oregon Ducks fans gather to watch the games together.

So there we have it. We have five locations that we hit. We hit Florida, Penn State, Notre Dame, Oregon and also Colorado. And that’s just NCAA here in Orange County. All from out of the area. Tomorrow, we are going to check out where the fans gather and we’re going to check out the Browns and the Buffalo Bills. So stay tuned for that.

We’re here at Patrick’s Pub here in Costa Mesa, California home of the Cleveland Browns Backers. We are going to head over to Huntington Beach to Wings ‘N Things, home of the Buffalo Bills Backers and check out that place.

Apparently Wings ‘N Things is going though an ownership change but they understood that the Buffalo Bills Backers here in Orange County needed to find a place to have a new team bar. They switched it over to Silky Sullivan’s here in the Fountain Valley area. And we arrived just in time for a Bills touchdown.

Being able to hit seven different team bars in a weekend was all possible after discovering the website TeamBarFinder.com. Team Bar Finder lists bars and restaurants friendly to out of town fans no matter how far away they may be from their favorite team’s home base. If you can’t make it to the game and tailgate, going to TeamBarFinder.com is the next best thing to being at the stadium.