This is a guest post written by the team at Majestic Realty and Los Angeles Stadium. Despite not having an NFL team that calls Los Angeles home, two stadium projects are in the works, both vying for an NFL team to commit to relocating to Los Angeles or the NFL granting an expansion franchise. We have chosen to publish this guest post expanding on the benefits and vision of the LA Stadium because it is our opinion that after examining both projects, that LA Stadium is in the best position to meet the needs, wants and expectations of tailgaters. As an advocate supporting tailgaters and promoting the tailgate party lifestyle, it is our opinion that the creators and project managers of LA Stadium share the same passion and respect for tailgating as we do. We would encourage you to read on knowing that this was written by the team at Majestic Realty and Los Angeles Stadium but we agree with all that is said.

INSPIRED BY SOUTHERN CALIFORNIA…DESIGNED FOR THE NFL

As football fans prepare for Super Bowl XLVI, the team at Majestic Realty is preparing the next great sports destination in Southern California, Los Angeles Stadium.

Los Angeles Stadium is our vision for the future of the NFL in our region. Shovel ready, we maintain a philosophy that our final product should draw from two key principles:

With those two principles in mind and a 600-acre blank canvas, we are designing what will become the greatest football experience in NFL history.

FOOTBALL ISN’T FOOTBALL UNLESS YOU CAN TAILGATE

Like most fans, we believe that football isn’t football unless you can tailgate. Football is the only sport where each week the pregame and post-game is just as important as what takes place on the field. We understand this philosophy and take it to heart. This is why we believe our location is the best for the NFL and offers the league and the future team no compromises. We have no compromises on parking, tailgating, traffic woes, retail destinations and other amenities for the fans.

Our location allows us to draw from four counties and over 15.5 million fans and is based on the top stadium models in the NFL like Dallas, New England, Miami, Washington and other areas. Because of our location, you won’t have to fight traffic and you won’t have to search for parking.

(Also a unique and strategic part of our stadium design is we will build in a way that prevents car and pedestrian traffic from intersecting. This big thing is often overlooked but will drastically reduce the amount of traffic issues.) 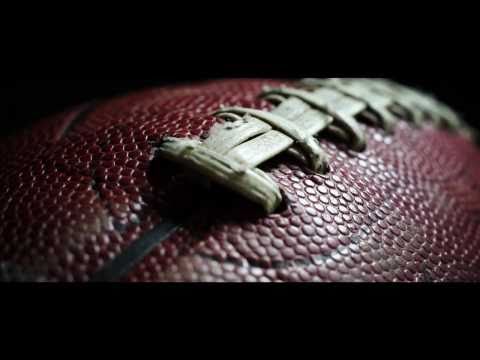 With 600 acres, we can work with fans and the league to design a perfect tailgate and one that resembles the Southern California Lifestyle. For instance, our plans include wave pools for surfing, mountain walls for rock climbing, and a one-of-a-kind skate park for future X-Games.

In addition, we will have unbelievable amounts of open space that will allow for traditional tailgate activities. Fans don’t want to sit at a chain restaurant and they don’t like the idea of being cornered in a parking garage where you can’t see the sun and you have no place to tailgate. They want to show up with a grill, a cooler, a big screen, an RV, or a truck and enjoy the day. Because our location is outside of the urban core, we have plenty of space and on-site parking so you don’t have to walk. And for those who want to take public transportation, we will have an on-site Metro Link station and one of the largest bus staging sites in the area. (But we know you can’t transport your grill via bus…which is why fewer than 8,000 fans use public transportation to football games in NYC.)

WE NEED YOUR INPUT

Here is the fun part…We are looking for fans, enthusiasts, and tailgating experts to share with us some of the best ideas for the future development of our site. Do you have an idea on how to make our site unique to Southern California or do you have thoughts on how we can upgrade the quality of a traditional tailgate?

If so, we need to hear from you. This stadium will be designed for the fans and for the ultimate tailgate experience.