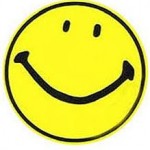 Friday evening was a memorable day in Philadelphia sports.  Both the Phillies and Eagles made BIG moves.  As a Philly sports fan I now hope that the “paper” moves translate into Ws on the field.

But since most of you reading this post aren’t Philly fans (instead most of you probably despise us) I’ll spare you my home team excitement and get to the point of this post.

I was tailgating at the Phillies game on Friday evening when the news broke that the Eagles had signed Nnamdi.  Huge move by Eagles but what resulted was even bigger to this fan.  The power and magic of sports was again on display.

I would classify myself as a reserved, quiet person.  You would never know this if you were hanging with me on Friday night.  The moment I found out about the signing I was going from tailgate to tailgate sharing the news and high-fiving everyone.  Once inside the stadium I was approaching random people asking them if they had heard the “big” news.  Once in my seat I made sure that everyone around me knew about the signing and was sharing in my excitement.

And just when my Eagles excitement began bordering on annoyance I was greeted with the news that the Phillies had swung a trade for Pence.  The same events transpired, just in reverse…informing the fans around me, high-fiving the people I came in contact with while exiting the stadium and anyone passing us during our post-game tailgate in the parking lot.

A simple player signing can make strangers the closest of friends.  Your tailgate and game experience automatically becomes 100 times better.  All of life’s stressors are instantly forgotten.  All you care about is your team and sharing your excitement with anyone and everyone that comes in contact with you.

Sports and everything that it encompasses (i.e. tailgating) are just pure magic.  You are given the opportunity to experience emotions in their purest.  There is no faking the smile on your face by a huge player signing.  On the flip side there is no denying that the overriding reason that your Monday morning sucks is because your favorite NFL team lost the day before.  Yeah, Mondays always suck, but fall and winter Mondays suck just a little bit more…it’s the truth!

Not that this fan needed a reminder, but Friday evening again provided the reminder to this fan.  Sports are one of the most awesome things in life!