The 2017 NFL season starts in less than 60 days but with pre-season games kicking-off in August, most of you will not wait for the regular season to dust off those grills, fill those coolers and head to the tailgating parking lots. But how you get there might be a better question. Maybe that tired, old ride you have been driving to the stadium could use an upgrade or replacing?

We took a close look at the 2017 trucks and compiled a six-pack of the best trucks you can bring to the stadium that are “Tailgate Approved” by those of us at Tailgating Ideas. Tailgating with a pick-up truck is as natural as putting BBQ sauce on your ribs. Where do you think the term “tailgating” originated? We researched many of these vehicles using CarsDirect to find the best features and add-ons that will make you the king of the parking lot even if all it took was getting a new tailgating truck.

For those tailgaters that prefer a diesel over gas burners, the GMC Sierra Denali is what you have been asking for. All the creature comforts you would expect from a luxury truck with a few additions. The center console has a 110 Volt outlet so you can bring appliances from your kitchen. Just bring an extension cord if you want to run them at the back of your tailgate space. This tailgating vehicle is all about the comfort on the way to the stadium and is ideal for those tailgaters that may be driving for 45 minutes or longer to get to your tailgate party. The improved gas mileage you get from a clean-burning diesel is a major selling point. Heated and ventilated, perforated leather-appointed front seats along with heated and leather-wrapped steering wheel comes standard for those tailgates in extreme weather.

The ride to the stadium doesn’t feel like you are in a truck due to the triple door seals that help block outside noise, the aerodynamic exterior mirrors that help reduce wind noise and the hydraulic body and engine mounts help reduce vibration. No need to blast your tailgate playlist during the ride there to drown out the outside noises. The rear bumper with foot holes make getting all of your gear in and out of the truck bed a breeze. 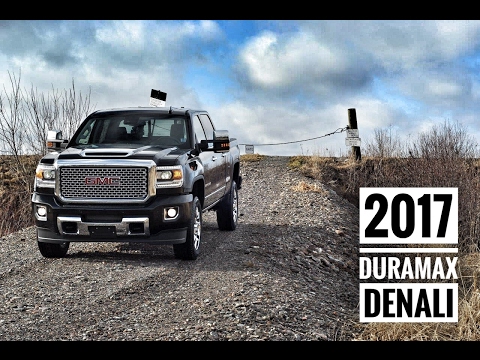 Shop for the GMC Sierra 2500 Denali at CarsDirect.

The Tacoma TRD Pro has all the bells and whistles you might expect from a top of the line truck but there are some features that will appeal to the hard-core tailgater. There’s an electrical outlet right in the bed so you don’t have to remember to bring the extension cord or a generator. The Tacoma also has a locking tailgate that comes standard — a relative rarity nowadays. That makes the Tacoma the ideal candidate for any number of covers and caps to keep prying eyes — and hands — away from your tailgating gear. Also, it comes available from the factory with a tri-folding bed cover to make sure your gear is safe and secure while inside the game. 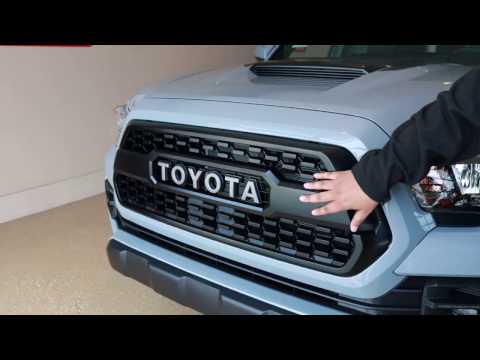 Shop for the Toyota Tacoma at CarsDirect.

The High Desert edition is a special edition of Chevy Silverado trucks that will appeal most to tailgaters. The all-new lockable, water-resistant storage unit helps protect cargo from extreme elements and can be used like a cooler. The three piece removable Tonneau Cover keeps your tailgating gear locked up while inside the game while you can save some money on gas with the available EcoTec3 6.2L V8 engine. Use the tow hitch receiver to watch early football games off your Tailgate TV Stand (not available from the dealer and sold separately) or any other Tow Hitch Accessories that will help separate your tailgate from the rest. 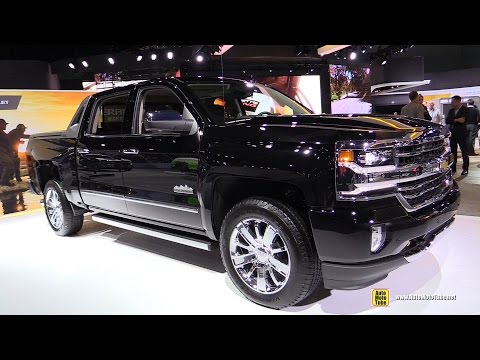 Shop for the Chevy Silverado 2500 at CarsDirect.

If there ever was a truck that just looks badass, it’s the Ford Raptor. If you think you are a badass tailgater, you need to look the part. Outside of the exterior look of this truck, it has all the bells and whistles you could ask for in a tailgating truck. The SuperCrew cab can seat 5 adults comfortably and if you add on the Tailgate Step with Tailgate Assist, it helps you easily load and unload your tents, chairs, coolers, grills and anything else you will want to bring for tailgating. It also comes with a ton of power ports including USB ports and even 110 outlets for devices that plug directly into the wall at home. Get a bed liner for the inevitable spills and a locking cover to secure all your gear for when it is time to head into the game. 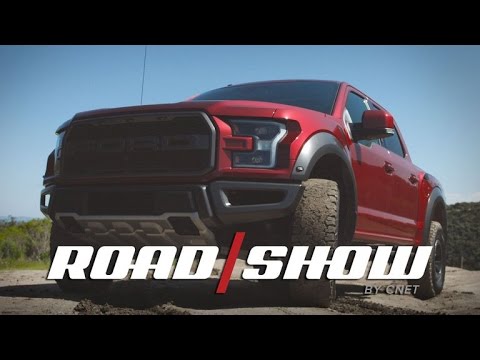 Shop for the Ford F-150 Raptor at CarsDirect.

The Ram 1500 is a great truck for tailgating on it’s own but these new RamBoxes make it ideal. With the introduction of these Ram Boxes, Ram has taken tailgating to another level. RamBoxes are essential for tailgating.

The optional RamBoxes are a cargo management system embedded into the truck bed sides above the rear wheels. These boxes are LED lit, lockable and drainable and incorporated into the side rails of your truck bed. Anyone else immediately think your truck could replace your old vehicle AND that ratty old cooler all at once? Me too. Upon showing my nine-year old son the above picture, he remarked, “Whoever thought of those must be a regular tailgater and a genius!”. Sometimes a kid’s perspective is all you need.

Despite tailgating being a uniquely American past time, it doesn’t mean a Japanese auto maker can’t roll out a tailgating vehicle with the tailgater in mind.

The main reasons why you should consider the Honda Ridgeline are all in the truck bed where most of your tailgate party will take place. The tailgate tilts down in a traditional fashion but also can unlatch and swing away like a door. This makes for much easier unloading and loading your truck bed with tailgating gear since you don’t have to lean over an extended tailgate . Also, the sunken cargo area underneath the bed can carry more tailgating gear or can replace your traditional cooler. Load it up with ice and drinks and it even has a drain plug to let the melted ice drip away.

More accessories for tailgating on the Ridgeline include a 400 Watt inverter for all kinds of electronics. The 400 watt inverter is powerful enough to power a large flat screen TV which those wimpy 100 or 180 watts outlets you might find inside the passenger compartment can not. This 400 watt inverter is enough to power a big screen TV for several hours before you need to switch on the engine. If the battery runs low, AC power cuts out so you’ll be able to start the engine and get home after the game. It should be noted 400 watts is also enough to run a blender if your guests prefer frozen margaritas. If your tailgates tend to get people up and shaking dat ass, the Ridgeline has an integrated audio system in the walls of the truck bed. That’s right, the Ridgeline’s truck bed is a speaker system too.

The speakers, more correctly called exciters or transducers, are embedded two each in the left, right, and cab-facing walls. The transducers move the bed walls in and out, more or less like the cab’s audio speakers, except here the speaker cone material also has to withstand inclement weather and an occasional beer spray from your buddy doing his patented inverted, upside down, shirtless Beer Bong. The six exciters produce 540 watts of audio and are controlled from the cab. It’s likely that if the audio doesn’t match Honda premium audio in the cab, after a couple beers the sound will be more than adequate. 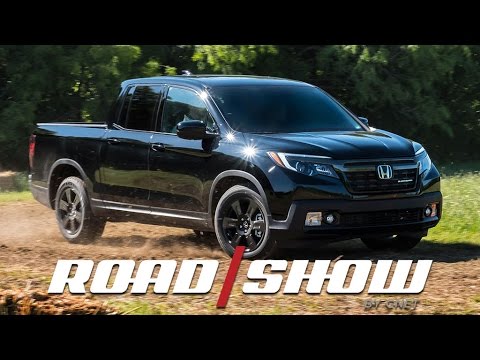 Shop for new or used Honda Ridgelines at CarsDirect.

If your favorite tailgating truck did not make our list, leave a comment below and tell us about the truck you think should have made our list.