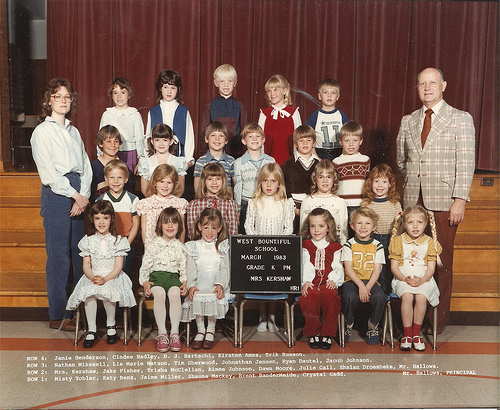 From the day we started TailgatingIdeas.com our motto has been, “Don’t Just Tailgate, Tailgate Better”. But how exactly do you tailgate better?

Is it having the latest and greatest tailgating gear to impress everyone in the parking lot? Is it grilling more food than anyone else in a three mile radius? A common fallacy out there is that in order to do things better they have to be done bigger. That’s not always the case.

Not convinced? Read on to learn about the 10 things you learned in Kindergarten that make you a better tailgater.

1. Be polite to others
This one is rather obvious but needs to be repeated all the time. Be respectful of other tailgaters by not hogging up two or three parking spaces with chairs and cornhole games and stray coolers. Many stadiums and venues have limited parking spots and although you would prefer to spread out, just imagine if it were you looking for a place to park and someone’s tailgating tent was blocking an adjacent parking space. Being polite also extends to fans of the visiting team. Some good natured ribbing about how their team’s last four draft picks have been complete busts is fine but breaking out the swear words and name calling is just uncalled for.

2. You need to share
One of the main draws of tailgating is that it attracts many people from all different walks of life. Tailgaters are all there to enjoy the day with one common interest and goal in mind; rooting on your team to a win later. This festive atmosphere lends itself to a large party where everyone gets along and strangers parked next to you at 9 am could become lifelong friends before kick-off. Bring a little extra of everything so that you can share with your tailgating neighbors or that hungry parking lot attendant that’s been working his tail off to make things go smoothly so you can relax and enjoy the day.

3. You need to take turns
Letting everyone partake in the tailgate party is a good idea. When it comes to packing the car or setting it up on site, don’t always be the one doing it all. Delegate out responsibilities to friends and trade off on who will get to the lot first in order to let the others sleep in that week and come to the tailgate party later.

4. You need to say thank you
A simple thank you goes a long way. Make sure to thank someone during the course of the day and not just the Grill Sargent who is now serving up burgers. Thank your tailgating neighbors for letting you borrow their mustard which you accidentally left in the fridge. Say thanks to the ticket taker as you enter the stadium. And if you spot a man or woman in uniform, make sure to say thank you for their sacrifice for serving our country.

5. Don’t run with knives
In a tailgating environment you probably won’t have scissors but you will have some sharp knives at the ready. Be careful with those especially if you have had a beer or six.

6. It’s not nice to take other people’s stuff
We’ve written extensively on the subject of “the Moocher“. I know we said it is nice to share and lots of tailgaters bring extra food but don’t be the guy that shows up empty handed to a tailgate expecting everyone to feed you.

7. Chew with your mouth closed
There is always a lot of good food to be found at a tailgate but not everyone needs to see EXACTLY what you are enjoying at this very moment.

8. Don’t hang upside-down on the monkey bars while wearing a skirt.
Ladies, you might think doing a keg stand in a mini skirt is a good idea but it will come back to haunt you. In today’s day and age of camera phones and WiFi, a friend could snap a pic and tag you on Facebook in less time it takes you to shotgun a beer. They say “diamonds are forever” but that needs to be amended. Google is forever and although that kind of stuff may be fun today, that hiring manager at that new job you really want may not share you enthusiasm for the Lousiville Chugger.

9. Be creative
Teachers give students crayons and paper, and ask the children to draw, often without specifying what they should draw. When tailgating you also have a blank canvas. Be creative in the type of food you choose to serve, what games to play or even what homemade gadget will make the tailgating more comfortable and enjoyable.

10. Put your toys away
Teachers and parents are always telling kids to put their toys away but there is a method to their madness. It helps keep things organized and easy to find. Same goes for tailgating and your tailgating gear. If you are not using your beer pong table, fold it up and get it out of the way so nobody trips over it. Putting your toys away also ensures they won’t get accidentally broken. And we all know tailgating toys are a lot more expensive than a tub of Lincoln Logs.

That’s our 10 Things You Learned in Kindergarten that Make You a Better Tailgater. What lessons did you learn as a child that can be applied to your tailgating life? Leave a comment below and suggest some of your own.