I know what you are thinking. “Oh great. Another beer koozie review. What could they possibly do to improve the beer koozie to warrant another product review?”. That’s an outstanding question and normally if it was not something that fell into the “that’s pretty damn cool” category, we would have probably passed on this one. But fortunately for you, this beverage koozie has a lot more bells and whistles than just keeping your can or bottle cold.

First off, take a look at the video we put together demonstrating it and reviewing it. 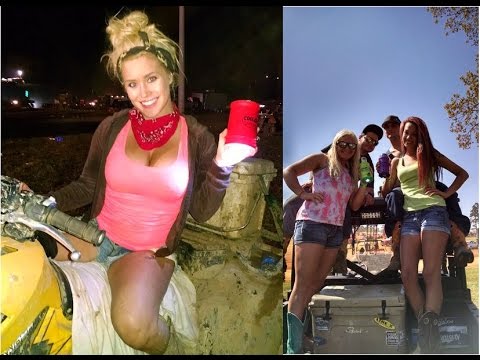 As you saw in the video, the Cooler2See Magnetic Koozie with LED Flashlight is multifunctional in that not only does it keep your can or bottle cold but it also has magnets and a built-in LED flashlight. Magnetic anything is pretty cool while out tailgating because you are always going to be close to something metal, normally your car/truck/SUV and all of those vehicles have large surface areas to place magnetic things. You saw in the video we had two of the Cooler2See koozies stuck to the official Tailgating Ideas van and we had plenty of room for more.

Another aspect of having magnets embedded into your koozie is you will never lose your bottle opener. If you won’t be using the magnets to stick the koozie on your vehicle, you can always put your metal bottle opener on the side of your koozie. This way you never have to ask “who has the bottle opener?” or go searching for it all over the tailgating space.

Some tailgaters may be a bit leery placing magnets on their car’s finish but that won’t exclude those tailgaters from using the Cooler2See koozie. Instead of using your car to hold your koozies, stick them on the leg of your pop-up tent. The majority of the pop-up tent’s legs are made from magnetic metals and now you just have to remember which color your Cooler2See is if everyone is drinking the same brand.

So we covered the part about it keeping your drink cold. Check. The part about it has magnets and can be placed on metal surfaces? Check. How about the LED flashlight on the bottom? Not yet, but here it comes.

The Cooler2See gets it’s name from the fact that on the bottom it has powerful LED lights that are super bright and compare with any flashlight out there on the market. When I learned about the Cooler2See before even getting my hands on the samples, my mind immediately thought of all the times I have been tailgating and needed a light. Those times when we are post-game tailgating and letting the parking lot empty to avoid the traffic. I could use a flashlight to check on the grill to make sure the second round of brats are cooked properly. The Cooler2See allows me to do that AND I don’t have to put down my drink. What about those times when it is dark and I want another beverage from the cooler and I can’t see if I am grabbing a beer or a soda because it is too dark? The Cooler2See solves that problem too.

The possibilities go beyond just tailgating. Think about going camping. Sitting by the campfire at a neighboring campsite and you need to go to the restroom or back to your campsite. No need to take a flashlight with you because the Cooler2See LED lights on the bottom are plenty bright to light your way. Camping, fishing, off-roading, hunting. Any activity you can think of that might require a flashlight and drinking, the Cooler2See has combined the two for you.

We were sent a few samples of the Kooler2See in order to test out and review personally. (Disclaimer: We received samples of Cooler2See koozies. The fact these samples were provided to us free of charge in no way influenced our opinion of the product nor did it impact our ability to test and review the product fairly and objectively.) As you can see from the mix of photos, we tested them quite a bit. Not only do they insulate and keep bottles and cans cold, the magnets are quite strong and the LED flashlight on the bottom is very bright. All in all, after putting the Cooler2See magnetic koozies through the ringer, we are going to deem them, “Tailgate Approved”.

Honestly, we enjoyed these can and bottle koozies so much, we decided they were worthy of being offered in our online tailgating gear store.

The Cooler2See comes in four colors; Red, Light Blue, Green and Purple. Cost of each Cooler2See is $14.95 and they all come with three (3) AAA batteries so they are ready to go right out of the box. Shipping varies based on the quantity you order.