Ok, it has been two months since I promised this list, let’s just say that the economy stinks, especially in my field, (I barely still have a job), and well that doesn’t preclude me posting on tailgating, but that shouldn’t be an excuse. What follows is an excellent list my wife put together a while back, but I just didn’t get around to editorializing it, TILL NOW. Her list will be in bold, my comments not, obviously we know who is more important here. Just in case you forgot my list, check it out Here.

10. Entertainment,not specific here because you do what you can with your tailgating budget, this could be a corn hole set with a fabulous beer pong table duo or chugging beers out of a Styrofoam cooler until one of your friends becomes the entertainment (reinforces the importance of #2 and #3). Hmm, one thing that we are never short on is fun at our tailgates. We definitely rely on the drunken people to provide entertainment; usually they are not at our tailgate – thankfully. Drunken people are fun – when puking on someone else’s car later. I think everyone here knows that one of the greatest forms of Entertainment at the tailgate is “O and R”, which is by definition OBSERVE AND RIDICULE!!! USE IT!!! (See the dude running in his skivvies… um… horrible, but funny nonetheless).

9. Chairs,we need to save our legs for the walk to the game and all the cheering.

Leave it to my wife to be practical. (Now all who know her would be shocked at that statement, just kidding Hun!!!) Chairs come in many shapes, sizes, and uses. I sometimes roll with my tripod backpacking chairs, but they tend to make men uncomfortable – but shoot they are easy to pack. Then again I also have the luxury captain’s chairs with footrests and dual cup-holders (whoever doubts how important a cup holder is on a chair is not a tailgater.)

8. Side dishes,while a nice luxury, these are not required because once you catch a buzz, your picky, diet-conscious ideals go out the window.

7. Hand sanitizer,this is not just because I work in public health but also because you eat and potty at a tailgate, all (usually) without antibacterial soap and water.

How many people are laughing right now? Welcome to my world. And guess what, I usually don’t get sick, so I guess I have to thank my wife for that. Then again, we could all benefit from a little lesson in cleanliness. If I asked, and I wouldn’t dare do it (the ensuing statistical nightmare would overwhelm even the most zealous scientist), I could find out some hard numbers on the amount of diseases transferred, or possibly transferred whilst in attendance of a tailgate and associated events – but I just know she is right, so you should all take her word on it – GET SOME HAND SANITIZER!!!

6. Toilet paper,tailgaters of the fairer sex are not able to just whip it out and face it guys you benefit from our ultra soft Charmin for other needs.

Ok, so I had this at number nine on my list. Women need it more than men (i.e. every time in the bathroom), so it is fair that is should be more important to them. It is also fair that we men can literally just ‘whip it out’ anywhere – I will take this chance though for a public service announcement – IT DOESN’T MEAN WE SHOULD!!! To all the guys who think it is ok to walk in between two cars and proceed to start dribbling your drunk, steady stream onto the parking lot pavement, it isn’t ok at all. Party foul. Tailgating foul. You should be banned from the brotherhood immediately. Your splatter should not end up on anyone’s running boards or nice paint jobs, or even worse on someone else. (See upcoming ‘Things NOT to do at a Tailgate’ article). Get a clue. End soapbox.

5. Meat for grillin’,I have to agree with the gents that a tailgate just isn’t the same without a mouth-watering burger or dog!

(Insert Beavis and Butthead here) Ha Ha she said ‘mouth-watering’ and associated it with meat.

Ok, seriously, meat is a critical element. Don’t forget it. If you do, pray for a grocery store of close proximity to remedy the situation!

4. Water,one of those basic needs of human beings especially those consuming copious amounts of #3.

I think this stems from that public health background again, we have a regular tailgate attendee who states something all the lines of “water, I don’t drink the $#%, fish (insert sexual expletive here) in it.” While at the tailgate most men probably adhere to this rule – and some women as well – but when water is present, even if not drunk it could be used for ‘beneficial purposes’, especially at events that involve white t-shirts, I need not say anything more,

3. Adult beverages,while beer is at the top, some tailgates call for champagne (mimosa action), liquor, etc, 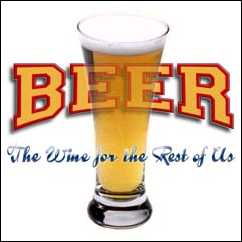 Ok, mimosas have only been drunk once at my tailgate. Never once has an appletini, flirtini, or any other Zima-loving Cavalier-esque drink been concocted on my table. (Ok, I am absolved of all ties to UVA. Even better check this out: www.dontfirealgroh.com) Ok, I had beer and such at 10th. Weird that a guy thought beer was less important than a woman, and that is WHY she is my WIFE!!! (Trust me gents, find a tailgater who tailgaters harder than you do, and well you will be in business)

2. Friends,let’s face it a 1or 2 person tailgate just isn’t as much fun.

1. Tickets to the game,not that you can’t get them day off but it’s a lot cheaper to remember the tickets rather than chance it and pay a scalper’s fee.

That was a pretty interesting list, what do you guys and gals think? Did I mess up (likely)? Did she mess up (doubtful)? Let us know!! I’ll be back later with an expansion of the ‘things NOT to do at a tailgate’?