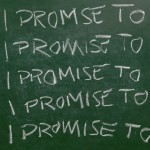 Sure the endless snow and freezing cold temperatures suck.   Yes, the way-too-much darkness sucks.  But the real reason for this being the worst time of year for this fan is that IT is over for the year.  And by “it”, I mean tailgating!  To those of you living in warmer climates and still attending sporting events that allow tailgating, I am so VERY jealous!

When I mention the above suckyness (is this even such a word) I believe that I am in the majority.  With the Super Bowl now the only remaining NFL game (the Pro Bowl does not count!), football tailgating is done.  Though MLB Spring Training is only weeks away, the real season is still months away, meaning the real tailgating is still months away (my first baseball tailgate is already circled on the calendar, April 2).

Seriously the end of tailgating season is like (or in some / most cases worse) losing a long-time girlfriend or boyfriend.  Though when that split happens you can just hit the tailgate up and drown the sorrows with some drinking!  I would say that the loss of tailgating is worse than losing a job, but without the money from the job, well there is no game tickets and tailgating!

How does this tailgater say his goodbye to the tailgating season?  My goodbye is like most of yours but with a little twist.

I clean-up and pack away the gear and equipment.  But before I close the cooler lid for the season I add a little note that gets placed in the bottom of the cooler.  It is kind of like a New Years resolution, but unlike those silly things, I promise myself (and I always do) to follow through on the note.

The list is things or ways to improve next season’s tailgating experience.

In year’s past it might be the promise to include so and so on the season tickets, a new recipe or new way of cooking, a new jersey, or a new piece of equipment.   Since the tailgating season has just ended, the needs and wants are fresh in your mind.  Sure the past season of tailgating was kick ass, but there were lessons learned on how to make it even better.  Write down those thoughts on a piece of paper, place them in the cooler, close the lid, and most importantly follow through!

If the winter becomes too hectic or too depressing and you forget about your “to-do” list you will be instantly reminded when you break out the cooler for the MLB season.  And promise yourself that you won’t move forward with the next tailgate until each item in the list is marked off!

For this fan the list is simple.  Get a tent.  Though it never stopped us from tailgating, too often last year we were stuck tailgating in rain, snow, or sun too bright.  My cheap ass kept putting off the purchase, putting the extra cash towards jerseys, food, and drink.  Not any more!  Come next season, I will be tent tailgating!  Though now I must decide do I go Phillies or Eagles tent?  Hell, I am sure dad will go “halfs” with me…I am getting both!