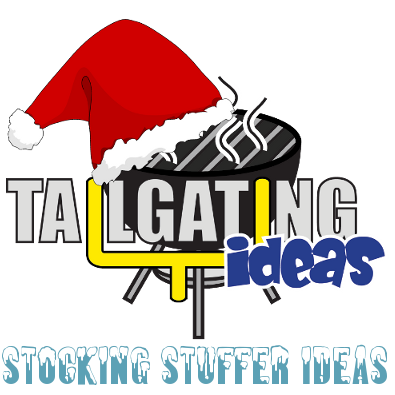 Some say that stocking stuffer ideas are the hardest to find and come up with. Not only do they need to be the perfect gift for that special someone on your list, but stocking stuffers by nature need to be small and compact enough to fit in a stocking. TailgatingIdeas.com to the rescue. Over the course of this past year we have tested and reviewed a ton of tailgating products that would make great gifts. (Make sure to check out our Holiday Gift Guide for Tailgaters – 2013 Edition if you still need some gift ideas.) Without further delay or unneccesary introduction, here are the Tailgating Ideas Stocking Stuffer Ideas for 2013.

Remember a while back when we told you about the guys from Spin Chill that successfully surpassed their goal of $10,000 and raised over $40,000 on Kickstarter to develop their Beerouette? Well, it finally made it into mass production and would make a perfect stocking stuffer. It runs on three AA batteries and fits nicely into your pocket and of course slides easily into a stocking. It spins a canned beverage or even a bottled beverage in ice and turns a warm drink to ice cold in under two minutes. Price: $35 plus $6 postage and packaging. Buy two Beerouettes, one for you and one for a friend, and they ship in the same box for $9. Get the Beerouette HERE. 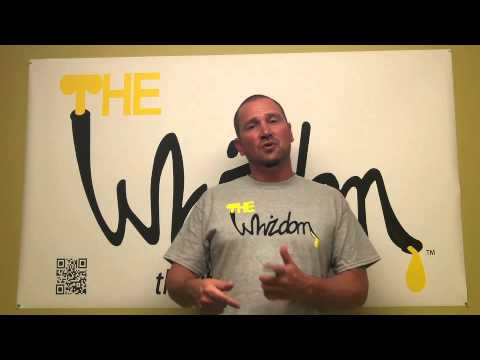 If you watched the video you know exactly what the Whizdom does and how to use it. Designed for the men on your gift giving list, the Whizdom fits perfectly in a stocking and you can even put in a few of them. Priced at just $5 this makes a great stocking stuffer for the male tailgaters out there. You can get the Whizdom HERE.

The previous stocking stuffer suggestion was just for the guys and to prove that we are an equal opportunity tailgating blog, how about a stocking stuffer suggestion just for the ladies? Tampon Flasks are small refillable tubes called “booze tubes” that look a lot like test tubes you used in science lab. They are shaped and designed to look just like a real tampon when in the wrapper. You know that tampons are to guys like kryptonite is to Superman. We won’t even go down the feminine hygiene aisle at the drug store if we don’t have to. So imagine a male security guard looking in bags and backpacks and women’s purses at the gates of a football game or concert. As soon as the bag is opened up and he sees a few tampons still in the wrapper, he will think twice about putting his hand in there and digging around to look for other things. Tampon Flasks look so much like the real thing, you could place these right on top of all the contents in your purse and cruise through security undetected. Once inside the event, buy a soda, pop open one of the booze tubes and mix your own drink inside the venue at a fraction of the cost of a mixed drink inside. Priced at $12 for five booze tubes and five wrappers, you can buy your own set of Tampon Flasks, by clicking HERE.

The FanMug is an authentic, miniature replica of your favorite football team’s helmet. The facemask is the handle and the 13.5 oz removable cup is dishwasher safe and BPA-free. You can place your can or bottle in the removable cup to use it as a koozie, or you can pour your cold or hot drink directly into the cup for use as an insulated mug. When not tailgating you can use it for your morning coffee or on your desk as a pencil holder. Numerous NCAA and NFL teams available. You can buy a single FanMug for about $12 plus shipping or a 4-pack for less than $40. To see if your favorite team is represented, click HERE.

While out tailgating, nobody wants to drag around a huge funnel and tube to the parking lot. Plus, those old fashioned beer bongs don’t really fit very well into a stocking. For the tailgater on your list that likes to chug a beer out of a can or a bottle faster than normal, there is the Bottle Beer Bong and the Can Beer Bong. The science behind the Can and Bottle Beer Bong is simple. The ventilation tube replaces the liquid inside the bottle to allow for an easy flow of the beer. An easier flow of beer means it flows faster and thus replicates a normal funnel and tube beer bong. The best part of the Can and Bottle Beer Bong is it is small and compact enough to put it in your pocket and bring it to any party. When the time is right to break it out, pop it on your can or bottle and chug your beer. That’s a lot easier than dragging a full size funnel and hose to the party. The can or bottle beer bong costs $5 and you can buy the Bottle Beer Bong HERE and the Can Beer Bong HERE.

FiAir is a handheld blower that essentially turns your charcoal grill into a blast furnace. Fires need oxygen to burn and the more oxygen the faster and hotter a fire will ignite. We all remember that the three ingredients for fire are Fuel, Oxygen (Air), and Ignition. Just like a clean air filter in your car, the introduction of more air and thus more oxygen will lead to a hotter more intense fire. The concept of adding more air to a fire is not new. The earliest examples of this can be found way back in the ancient world, when ancient blacksmiths would stoke their fire with bellows made of leather to allow them to forge their ancient tongs and spatulas. All kidding aside, the FiAir works in much the same way. It uses a battery powered fan to direct a stream of air into a fire. The FiAir costs $29.99 and you can buy one HERE.

The Kudu Cover is a cloth koozie that you slip over your standard 12 oz beverage can while out in public or any other place you do not want others questioning what you are drinking. Despite many tailgating parking lots having no issue with alcohol consumption on the premises, many, including a vast majority of college campuses, have problems with open containers. The Kudu Cover slips over a canned beverage and appears to look like one of those generic, non-brand specific Cola cans. Kudu Covers cost about $3.00 and if you buy multiples, the price goes down if buying more than one. You can buy a Kudu Cover HERE.

The TUNZ Rechargeable Bluetooth Speaker, manufactured by TYLT, is a 12.9 ounce portable wireless speaker that delivers volume levels up to 80 decibels. The device is compatible with Bluetooth Version 3.0, which allows for Wi-Fi quality speed and a more efficient power usage. In fact, the TUNZ speaker can play music for up to 20 hours at 50% volume. If your tailgate is going any longer than that, I think you are going to have bigger problems than running out of music. The TUNZ Rechargeable Bluetooth Speaker retails for $149.99 and includes the speaker, 3 interchangeable vibration-canceling silicon bands, micro-USB charging cable, 3.5 mm AUX cable, carry bag, and user guide. To get the tailgater on your list a Tunz Speaker, you can buy it HERE.

The Footballer is first and foremost a bottle opener that fits into the palm of your hand and easily removes bottle caps. The Footballer looks and feels like a real football. It has detailed bumpy pigskin, raised white ribbed laces, black entrenched threads and a little black air hole valve. The shape is perfectly sized for fitting into the palm of your hand which will come in handy later when opening up a bottle. In addition to the look and feel of The Footballer being authentic, they are officially licensed by all 32 NFL franchises and select number of NCAA colleges and universities. An additional feature is The Footballer contains a small but strong magnet above the bottle opener’s “claw”. This magnet is dual function in that it catches the bottle cap as it is taken off the bottle top and also will hold onto any metal surface like a refrigerator door or a bucket of ice cold beers. It will even stick to the side of your car or truck’s tailgate so it is always within arm’s reach when you are out tailgating the game. Priced at around $13 per opener, this little guy will be a big hit for any tailgater on your list and will fit perfectly into their stocking. You can get the Footballer HERE.

The Sunscreen Flask is a food grade plastic tube that holds 8 oz of liquid that looks exactly like a tube of sunscreen. Nowhere on the tube except in very fine print on the back does it reveal that it is not a legitimate tube of sunscreen. From a reasonable distance and at close examination it looks exactly like a sunscreen bottle. Why a flask disguised as a sunscreen tube? Quite honestly because all events allow sunscreen in past security. Football games, baseball games, concerts, state fairs, outdoor festivals all have security staff checking bags and backpacks before entering the venue. All of these events allow sunscreen in past the gates and the Sunscreen Flask is so stealth, the security won’t think twice about checking it closely. Add to it that the NFL recently changed their bag policy for 2013 to require bags to be clear and transparent, these sunscreen flasks will breeze right through without a second glance. Sunscreen Flasks come in a 2-Pack with a mini-funnel and cost $15 per box and you can buy them HERE.