Tailgating is also known as pre-partying. After all, you are having a party in the parking lot before some sort of an event like a concert or sporting event. Naturally when you are grilling and drinking before the main event, it can evolve into pre-partying. But what happens when you want to pre-party your pre-party? You get the Shower Beer Buddy, of course.

The Shower Beer Buddy is basically a cup holder, in the shape of a busty woman wearing a bikini top, that suctions onto any flat surface and is strong enough to hold a full can of beer. So when you have that invite to a tailgate party and you are not the driver and want to have a beer or two in the shower while getting ready, the Shower Beer Buddy eliminates a lot of problems.

Some may ask, if you are going to have a beer in the shower, why not place it on a ledge or in one of those shampoo caddies? Here is the problem with those. Finding ledge space might be difficult and even if you do find space, knocking your beer over might be a potential hazard. Also getting warm shower water and even worse, soapy water in your beer is just plain gross. 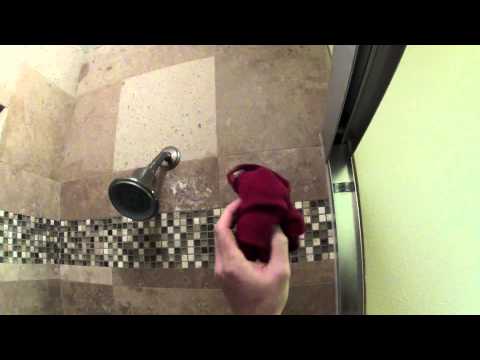 We tested the Shower Beer Buddy in it’s “natural” environment, in the bathroom and also on the side of our tailgating vehicle. The suction cup on the Shower Beer Buddy is quite strong and with some moisture to create a tight seal, holds onto any flat surface very well. The glass shower door was a perfect spot for it along with the shower itself next to the shower head.

After testing it out we are definitely labeling the Shower Beer Buddy “Tailgate Approved“.

It is easily portable, fits nicely in any tailgating kit, works great both indoors and out and at under $10 per unit, is very affordable. To learn more about the Shower Beer Buddy or to buy one of your own, click HERE.