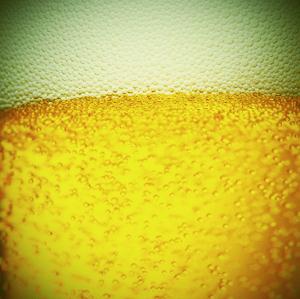 It seems like sports fans can’t go more than 5 minutes without seeing an advertisement for beer.  Luckily I find myself often amused by those ads and their catchy content.  Whether it’s Keith Stone, Nattyisms, or The Most Interesting Man in the World, the beer industry has found many ways to get us to buy their products.

As far as beer goes I have friends on both sides of the drinking spectrum.  Some shun the idea of drinking anything with a screw off cap, and totally avoid the big macro-brewed offerings.  Never would they ingest such swill.  Others take the opposite route, and refuse to drink anything that isn’t a “light” beer.  By this I mean, Bud Light, Miller Lite, Coors Light, and so on.

Personally I, and I am guessing many of you, tend to fall somewhere in the middle.  You love having a nice IPA or Porter, but you keep a case of the “cheap” stuff around because you have to work for a living and your spouse isn’t too keen on spending a weeks salary on your suds.  When it comes to beer buying for tailgating I take a pretty conservative approach. I almost always bring something from one of the big brewers, Anheuser-Busch InBev or MillerCoors.  What that brew is often depends on what is either in the fridge at home or what is cheapest when I do my tailgate shopping.

Since tailgating is a social event I wanted to find out what my usual tailgating friends were into.  Naturally there were a lot of “favorites” among the group, so I had to go another route.  After some quick discussion we determined that no one in our tailgating group was a true beer snob. Knowing this I decided to conduct a taste test with a variety of light beers.  Unfortunately the groups schedules didn’t line up, so we had to do it with 2 guys, me and my buddy Mike.

The tasting consisted of 8 different, although readily available, light beers. Those 8 were; Bud Light (my favorite of the bunch), Busch Light, Coors Light (Mike’s favorite), Keystone Light, MGD64, Michelob Ultra, Miller Lite, and finally Natural “Natty” Light. A small sample of each of these were poured into 16oz. opaque red cups, which were numbered 1-8. Each brew was to be scored on a scale of 1-10 in 3 categories; Taste, Refreshment, and Drinkability.  Neither person had knowledge of what order the beers were in prior to or during tasting.

The complete results and scores of the test can be found here.

It may surprise you that neither one of us ranked our supposed favorite as the highest. Based on my initial research about tests of this nature I had seen that this was a fairly common result.  However it was surprising to me that we ranked the others favorite highest.  I was also surprised that some of the less expensive of these beers did as well as they did when compared to the more costly varieties.  For those of you who host very large parties where kegged beer is the norm, you may consider saving a little cash by getting one of the “cheaper” beers.  I seriously doubt that anyone would be able to tell the difference.  It should also be noted that the ultra-light offerings actually held their own during our test.  I know that the general consensus is that these are nothing more than water with a drop of alcohol, but I disagree.  They aren’t as filling, and when you don’t know you’re drinking one they don’t seem all that different.  Plus their lower alcohol content could go a long way on those super hot days, or when you plan to party for hours on end.

From this test we concluded that many of these beers, when shrouded in anonymity, fail to distinguish themselves from the others. I guess appealing catch phrases such as “beechwood aged”, and “triple hops brewed” have little bearing on the actual taste. Any special packaging gimmicks such as grooves in the neck of the bottle, specially lined cans, wide mouthed and vented cans, and color coded temperature indicators did little to influence the taste after we removed them from the equation.  The last conclusion we drew from the test was truly the most disappointing.  We fully expected to be surrounded by buxom bikini babes on a picturesque beach,  or, at the least, get to party with Lance Armstrong.  Sadly, much to our chagrin, neither happened.