The objective of this post is to convince someone out there to take the leap and transform their tailgating platform into something bigger than they ever imagined. Here are some vehicles that could make that happen and a little information on each. Go for it!

Many seats are already built in the back which makes for transporting a crew of people easy. The storage compartments (both inside & out) come in handy for storing food, music equipment, tailgating equipment and rowdy children. There’re a ton of things to disconnect though… 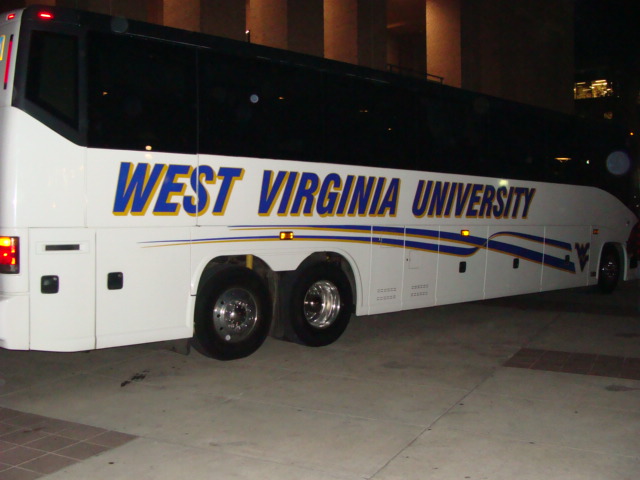 If you get one of these it shows you have some money in your pocket. The inside is very nice and the storage underneath is gigantic. These aren’t always redone inside but they’re the most luxurious.

The Ford Conversion vans are very cost effective. Most come with a TV & DVD player. A video game console is also in some of them (easy to install one if not). Then you have spacious reclining seats, blinds, and a small trunk space for tailgating equipment. All that is needed is a fresh paint job and your group is all set. 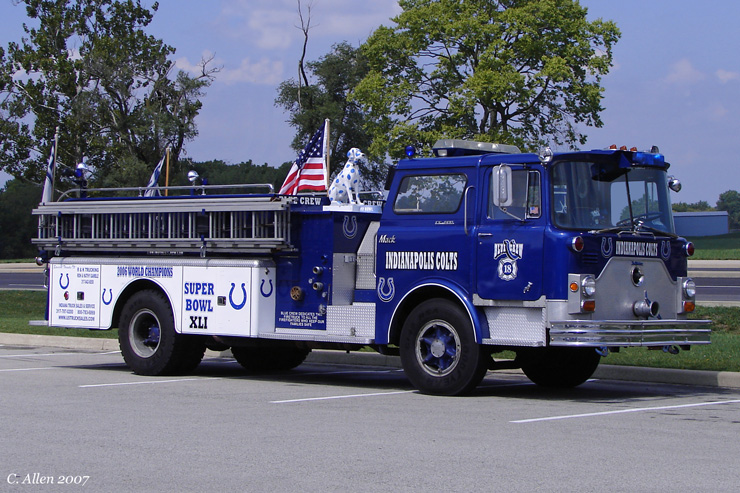 Having a fire engine automatically gives you a tip of the cap because not everyone can drive them. Some have benches installed on top and people sit in that section on the drive to the stadium. Most come with wear and tear and they aren’t cheap. However, it’s one of the rarest tailgating rigs.

Yes, someone did indeed turn a garbage truck into a tailgating vehicle. You might be turned off by that thought until you see the video of this truck that rolls in for game day to cheer on the Tennessee Volunteers. I can’t imagine the cleaning job it took but after that you have a huge inside area to create whatever you want. 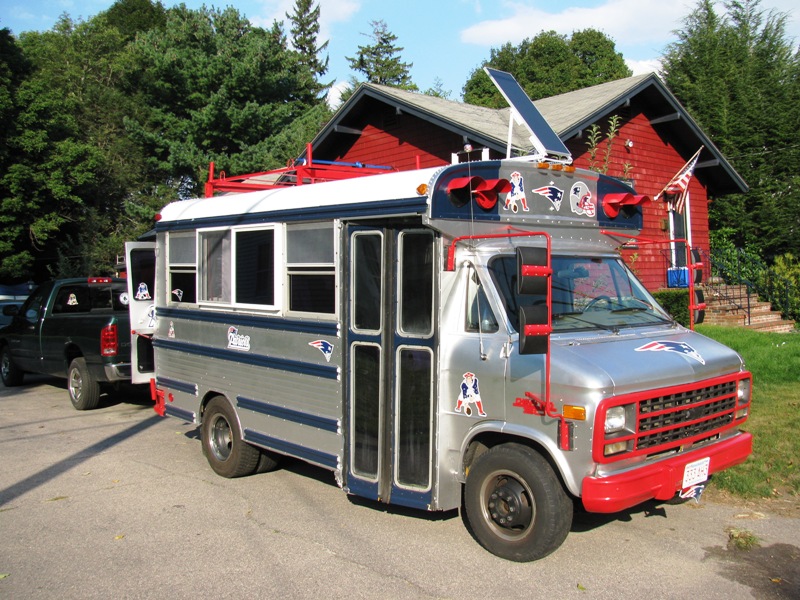 This is one of the more fun projects because you have a lot of options to reconstruct the inside into whatever you want. A CDL license isn’t required since it’s a mini. If you just leave it as is and paint it you still have ample space for transporting gear and passengers. 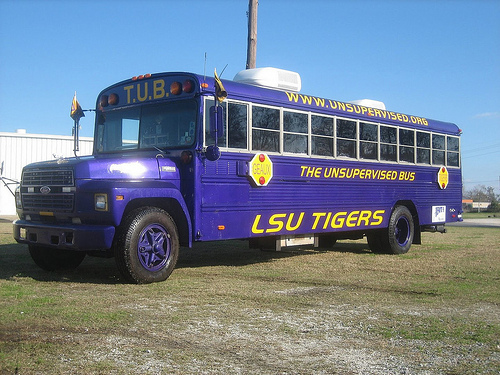 The regular school buses require a CDL license but you can get very creative with redesigning them. Most people turn them into RV style vehicles. Some add a deck on the roof for people to tailgate on and some create back porches. This is the vehicle that gives you the most creativity because of the room you have. They are also the most common type of tailgating specialty vehicle. They’re the toughest to insure and you usually want to insure them as a “motorhome”. 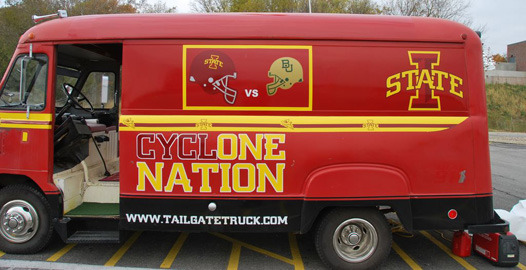 The step van is similar to a mini bus but the interior is already gutted since most are delivery style vehicles. It is a good thing because it gives you the freedom to leave it as is or design your own creation inside.

The RV is the easiest vehicle to customize but a little more expensive. Most come with all the essentials of normal living arrangements which you can’t say for most of the other vehicles. The hardest part is getting a good paint job and some decals. They are still awesome though!