Many of you veteran tailgaters are familiar with the tried and true tailgating games; cornhole, beer pong, washers, ladder golf, etc. One of the tailgating games that is making a strong push and is popping up in more and more parking lots is Polish Horseshoes. There are a number of variations to playing Polish Horseshoes and we were recently introduced to a new variation called Flimsee.

Although Flimsee has some similarities to Polish Horseshoes, i.e. throwing a disc, knocking off an object sitting on top of some sort of a pole, Flimsee is a bit different.

The main differences are that instead of just one pole there are two. And instead of knocking off a can or bottle, plastic cups are used. Take a look at this video demonstrating how the game is played and scored. 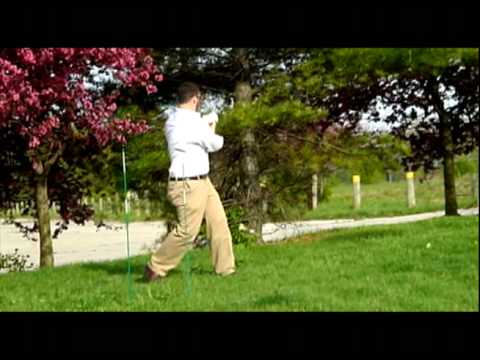 As you can see in the video, the rules are basically like Polish Horseshoes but there are two flying discs in play and also the element of sailing the disc between the two poles. Also, in Polish Horseshoes you need to have a beverage in one hand and catch the disc with the other. In Flimsee there is no requirement to be holding anything.

To play Flimsee, you can play on grass, sand or even a hard surface like an asphalt parking lot if you enlist the optional HD stands. The basic set comes with four poles that are flexible and lightweight for easy transportation but are designed to get hit by a flying disc. Two flying discs and six cups come along in a carrying bag. All you need is 35 feet of space between the two sets of poles and you are able to play Flimsee.

Take a look at Flimsee being played in Columbus, Ohio prior to an Ohio State football game. Notice the optional HD stand in use because the tailgate party is in an asphalt parking lot. 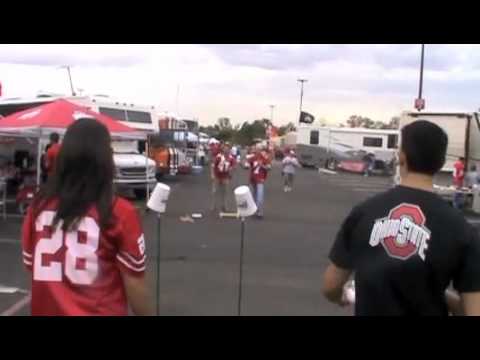 You can also take a look at this diagram of the playing field layout of Flimsee:

Here at tailgating Ideas, we were sent a sample of the Flimsee tailgating game along with the optional HD stands for play while on a hard surface. Cut to the chase, we were quite impressed with the game. The durability of the poles were exactly what tailgaters would be looking for in that they can take some abuse without breaking or becoming damaged. We also liked that the poles folded up for easier storage and transportation leaving more room in your tailgating vehicle for other gear and essentials. Overall the quality and craftsmanship of Flimsee was definitely “Tailgate Approved”.

To learn more about Flimsee or to get a set of your own, visit flimsee.com.