There are certain times during a tailgate that require a change of pace from eating and drinking. Sometimes you need to start a game to bring about the competitive spirit out in people and pass the time as well. I’ve highlighted four games that are simple to play, organize and construct.

You can easily buy these boards at stores. A lot of creative people go to Home Depot, grab some paint and design their own. There are many ways to play but the most common is the first to 21 wins. The boards are supposed to be 27 feet apart from one another. Teammates stand at opposite ends and a total of four bean bags are tossed per team. The only fouls are going out of turn or stepping over the line. The obvious goal is to get it in the hole. You score 3 points for getting the bag in the hole and 1 point for getting it on the board.

These can be bought at local sporting goods stores but there are many creative ones out there online as well. For a quick solution to the problem, just buy a plastic folding table. Most games have 6-10 cups aligned in a triangle format at each end of the table. There are two teams and the goal is to sink your ping pong ball into the other team’s cup (usually filled with beer). The game is over when the winning team has made the ball in every cup on the other teams table. The game gets more challenging as the game goes on because as each cup is made it must be removed and consumed. 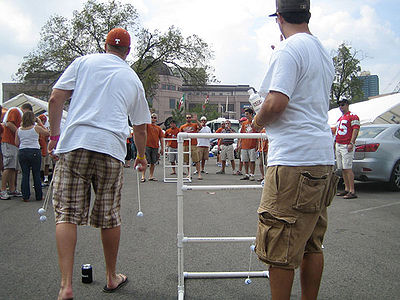 Another item easily found in stores. Two sets of ladders are set up about five yards apart. Each team has a set of balls and the goal is to get them hanging on the rungs like in the picture. The top rung is 3 points, the middle 2 and the bottom 1. It’s similar in play to cornhole: 21 wins, no stepping over the line or going out of turn. 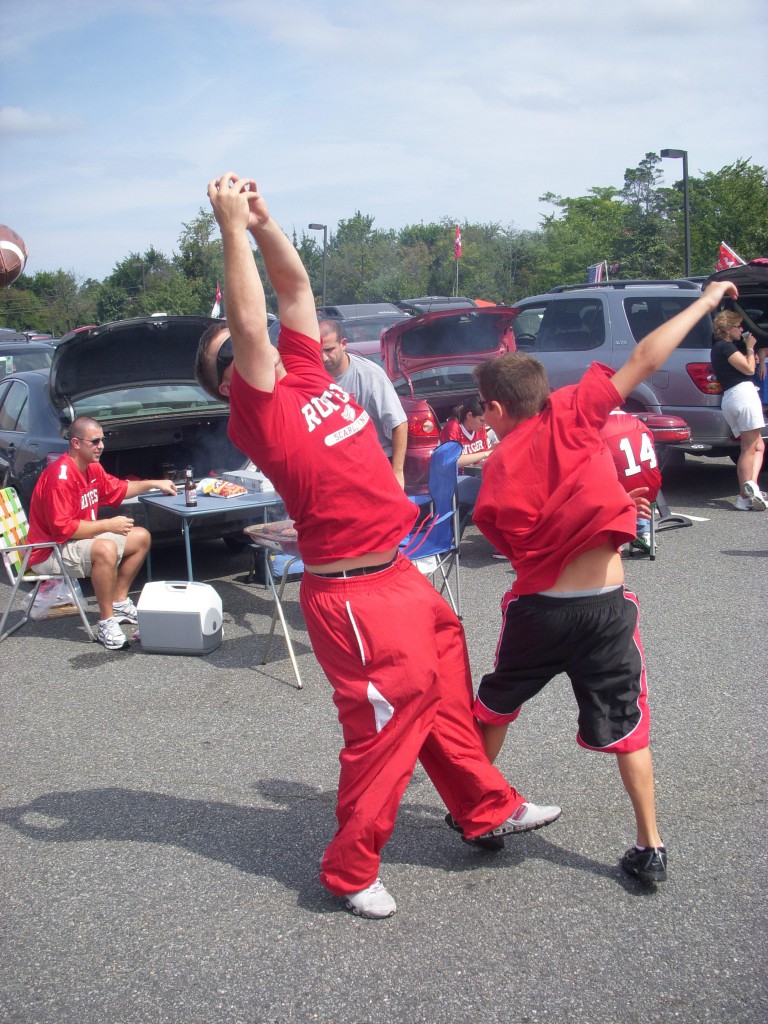