These folks put together a 60 foot homemade slip ‘n slide, sent a bunch of people down it landing in kiddie pools and filmed the whole thing in slow motion. We’d tailgate this. Links follow the video. 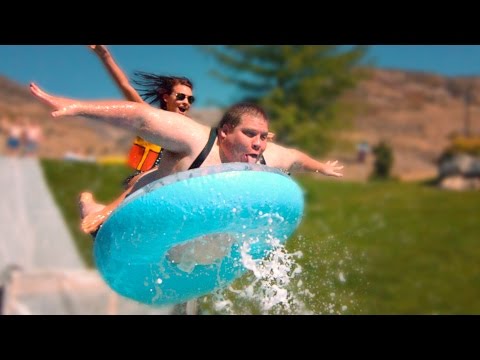