Back in October of last year we posted a video and wrote a commentary, Video: Tailgaters, This Is Why The NFL Hates You Part 2. In a nutshell, it was a bunch of idiots getting into a fight in the parking lot of Qualcomm Stadium and one guy decided to break a glass bottle over one of the other combatants heads. Here is the video.
(Warning: The video does contain swear words, blood and violence. NOT safe for work and best not shown with kids in the room.) 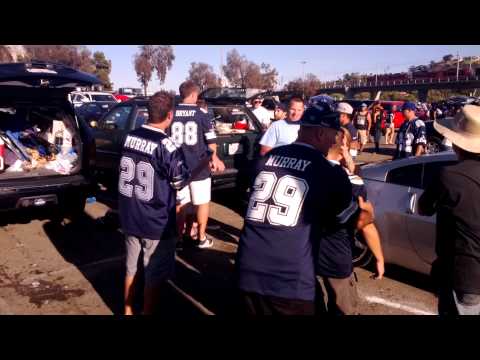 UPDATE: The guy who smashed the beer bottle pleaded guilty Tuesday to a felony charge of assault with a deadly weapon. He is scheduled to be sentenced May 9 in San Diego Superior Court.