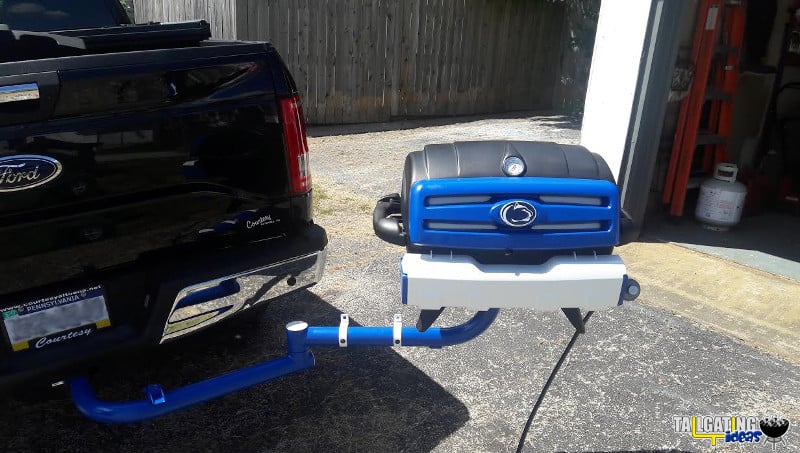 The Penn State grill started as a standard Margaritaville Grill I bought from some nice folks in Annapolis, MD. for $175.

I always envied folks who had a customized grill and I used the tips on TailgatingIdeas.com to build mine. I took my time and was happy with the result.

When we made the first road-trip to the Pitt-PSU game this season. I had over 50 fellow Penn State fans come over and comment on how great the grill looked.

As you can see, Bob paid very close attention to detail. He even customized his propane tank. The significance of the number 409 is to honor the total number of victories former coach Joe Paterno won while at the helm in State College, PA.

Despite the Freedom Grill and Margaritaville Grill having being discontinued for years, it never fails that we get contacted at least once a week by people either wanting us to customize a grill for them or asking where they can buy one. Our best advice is to look on local classified sites like Craig’s List or Offer Up. A word to the wise: Do not expect to get a killer price on these grills. It is all supply side economics. Low supply allows for those with a rare grill to charge a high price. Be prepared to pay through the nose if you are dead-set on getting one.

If you are lucky enough to get your hands on one and want to customize it to Penn State colors or the theme of your favorite team, follow these directions from our DIY video from 2009.